We on Rootstack are attending to lots of events every year regarding Opensource, Software development, Software consultancy / any event related to the services that Rootstack provides. This time i went to the Oscon on Austin Texas, here are my findings: 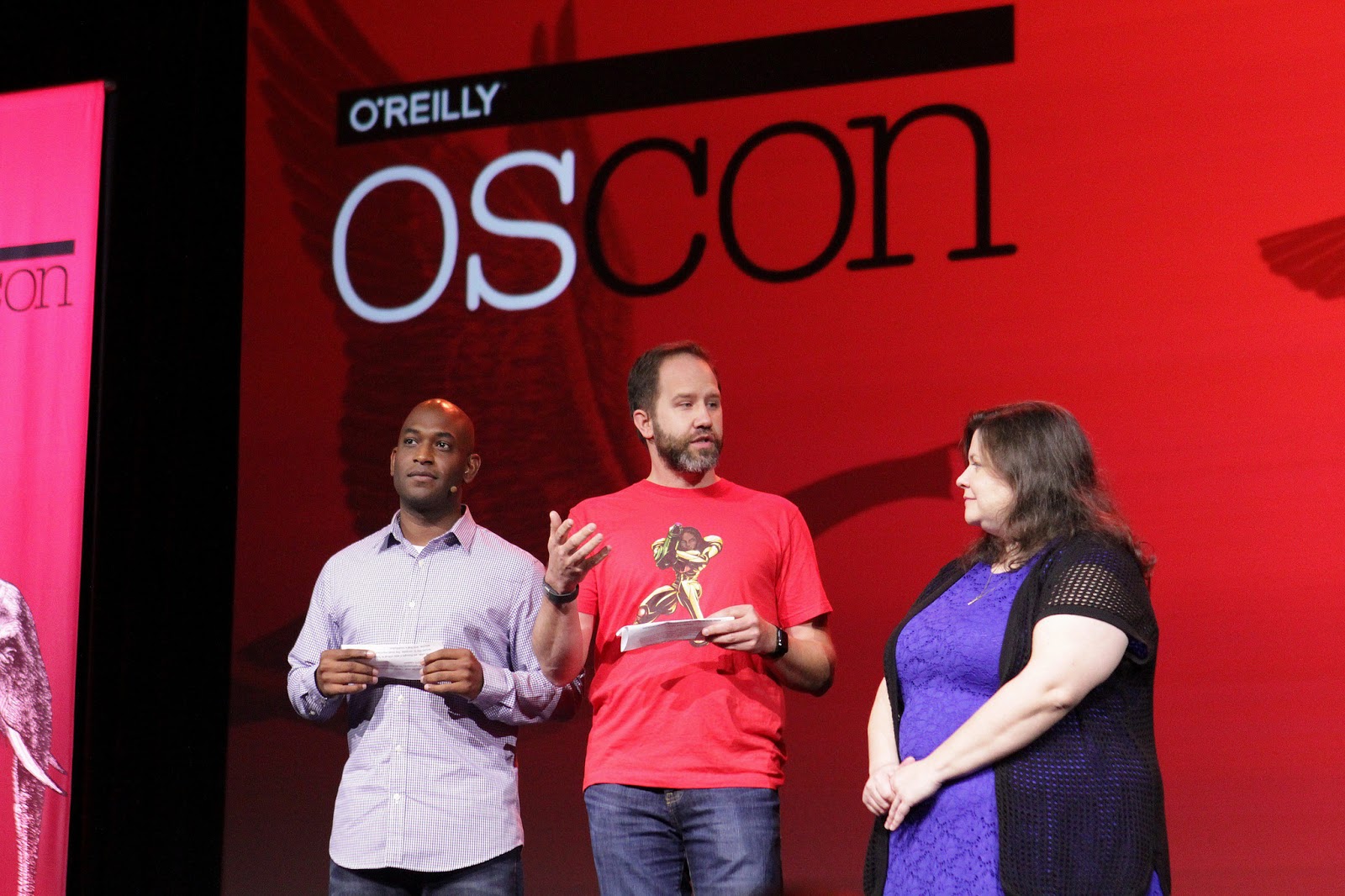 Basic information about the event: First impressions of the event:

There were lots of technologies that were on the event, some on tracks, others were presented on booths, other ones just on stickers and badges. A cool thing that i have to say is that on lunch, every table had a theme like: ruby, php, nodejs, angular, data guys, apache, mongodb.

Comments that i can say about some technologies of tracks that i went:

// Most of the other tracks that i went were not centered to a specific technology.

There were cool booths on the event, some of the companies that i remember that had booths were:

Cool to see a sticker on the sticker table of a new technology that we are using, Symmmetrics

Conclusion The event was a good experience to see how different companies and developers got involved on the Opensource world. Stay tuned to feedback of experiences on the different events that Rootstack attends.