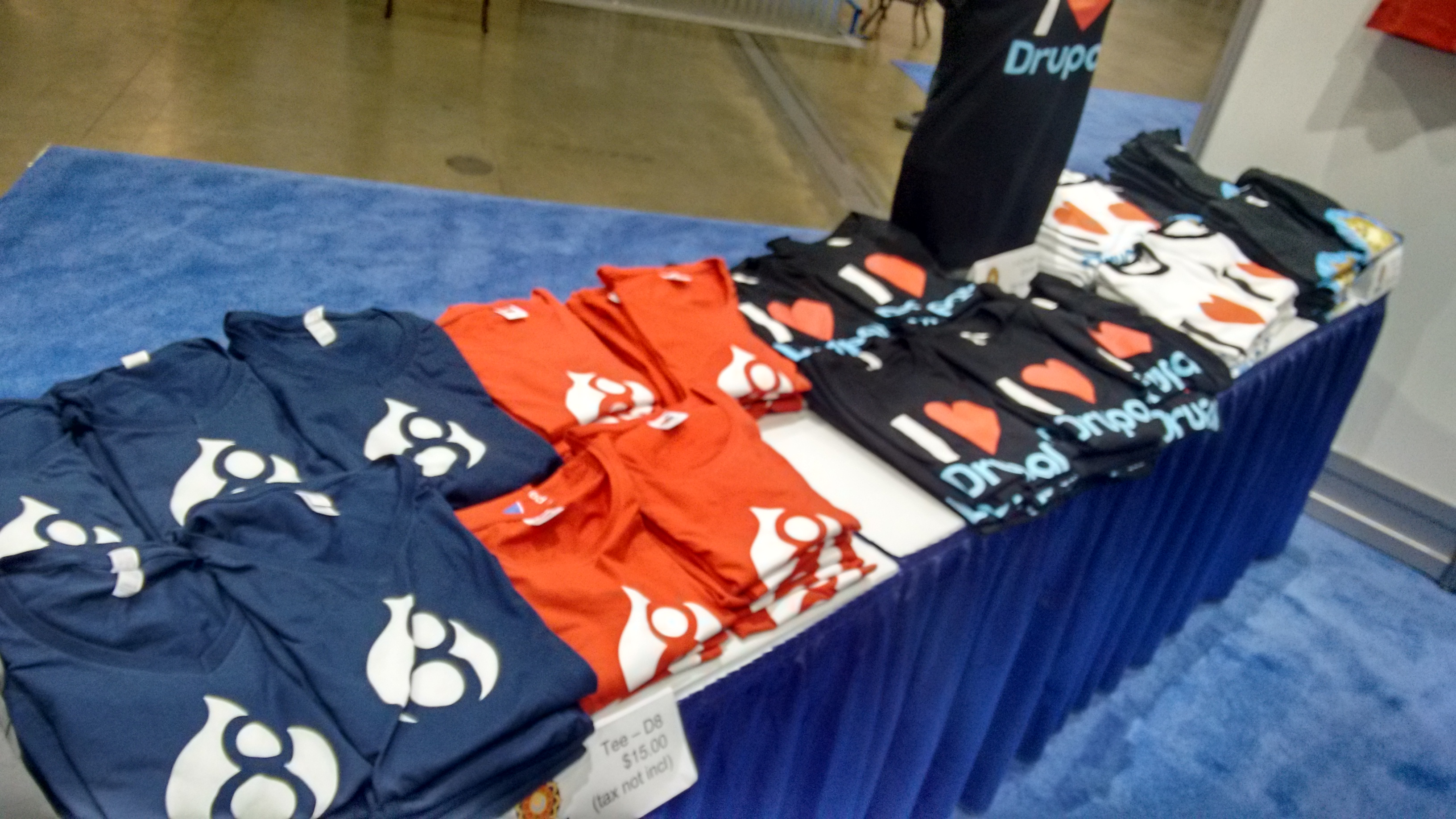 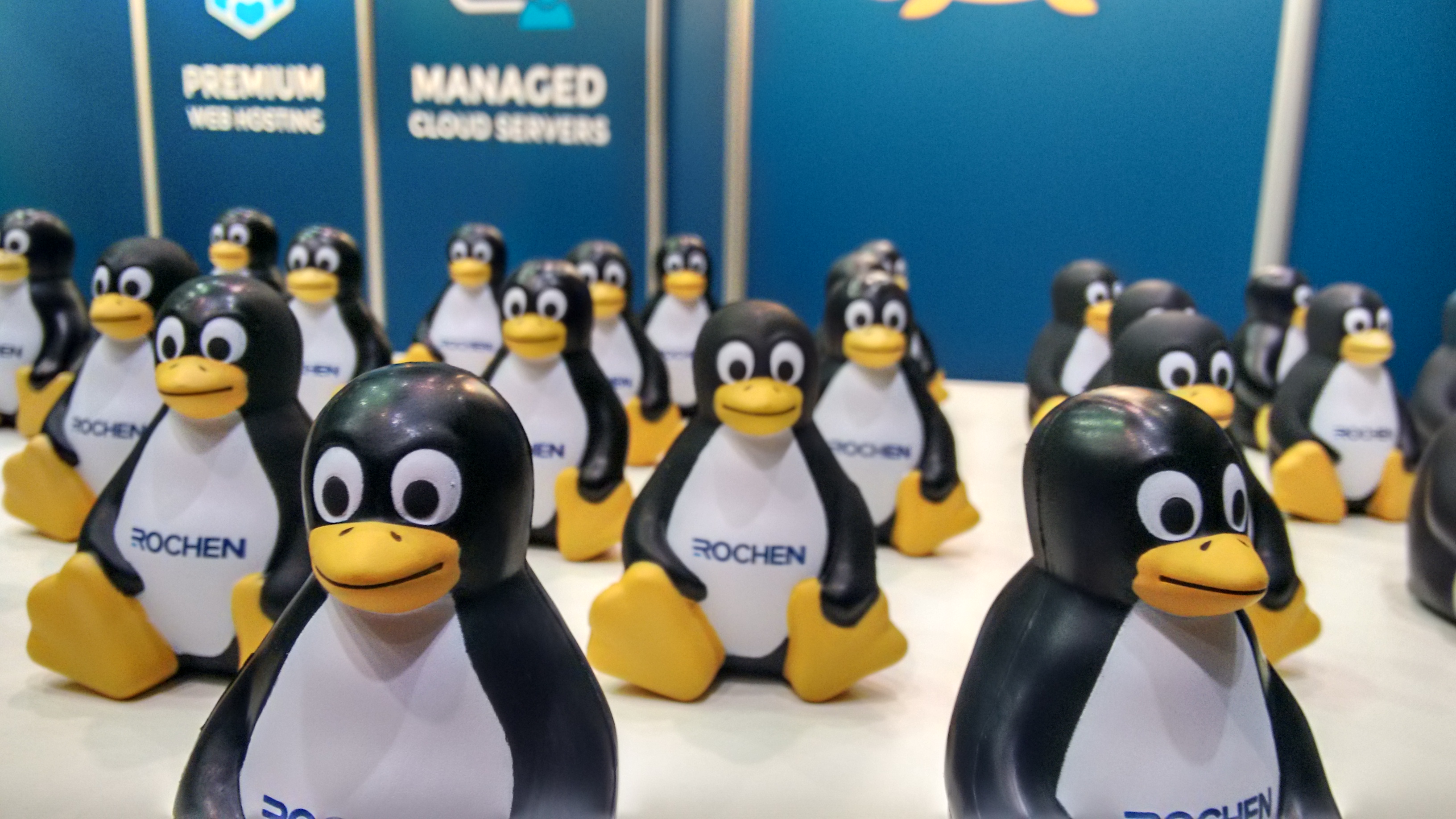 I'll show some of the most cool sessions I had the chance to assist.

An interesting fact is that by Friday, there are remaining only 22 issues, that means that 6 of them have been resolved on this week, is fantastic to see how Drupal is evolving in so few time.

These 3 days have been all about showcases, new stuff coming for Drupal 8 and also, a day full of work to learn to contribute to Drupal.

I assisted to various rooms with topics like "Open source projects' sprint development", "Internationalization", "A showcase about a headless Drupal application created for the good of society" and also Drupal 8 stuff for plugins creation.

The showcase about the headless Drupal application was interesting, not only because the technical goals they reached like Drupal as a headless application, Angular JS front end, or the soft performance reached at mobile version of the site, but also of the main objective these guys from Manati, Costa Rica reached: fighting against illegal stuff being sent around different places of Costa Rica, they got an scalable API to be used not only by the Government of Costa Rica, but also for other government entities.

What amazed me is how much Drupal has developed as a powerful CMS/CMF that it allows to be used by such a powerful tool like AngularJS in a probably slow Internet connection. 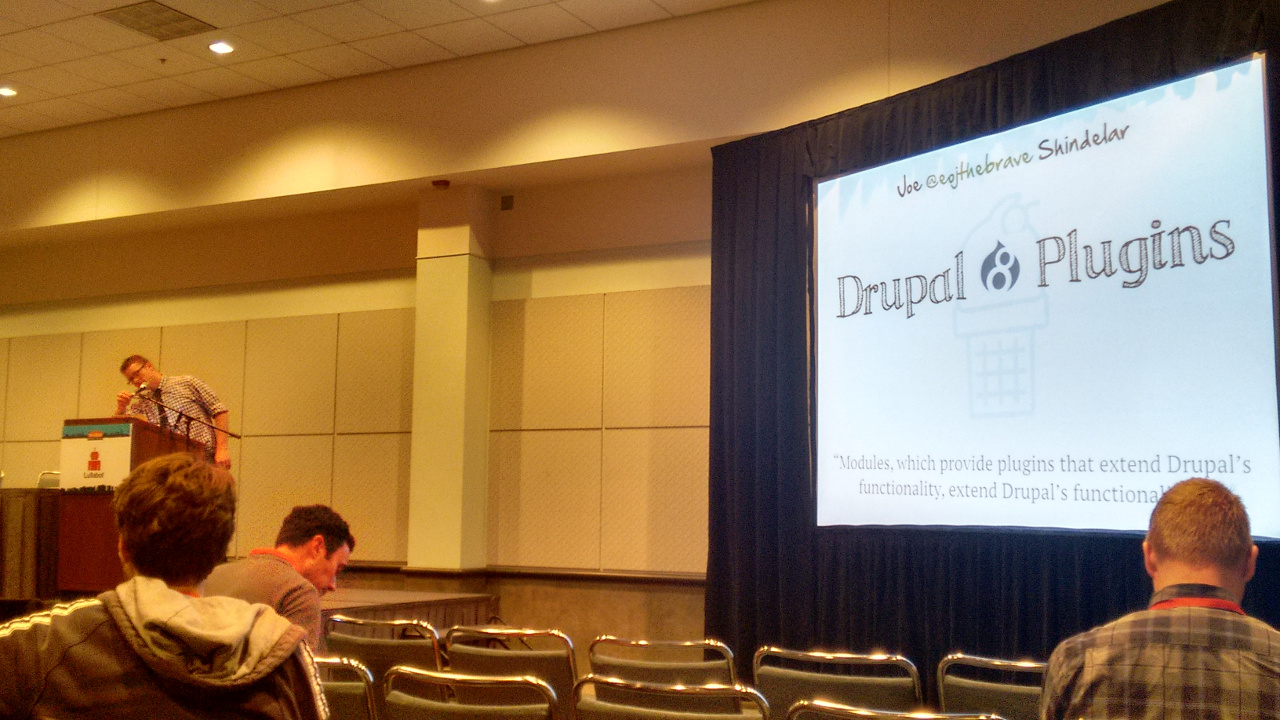 This session was one of the most important sessions of Thursday, in this session the audience asks questions about Drupal that 4 important members of Drupal must answer, these were: 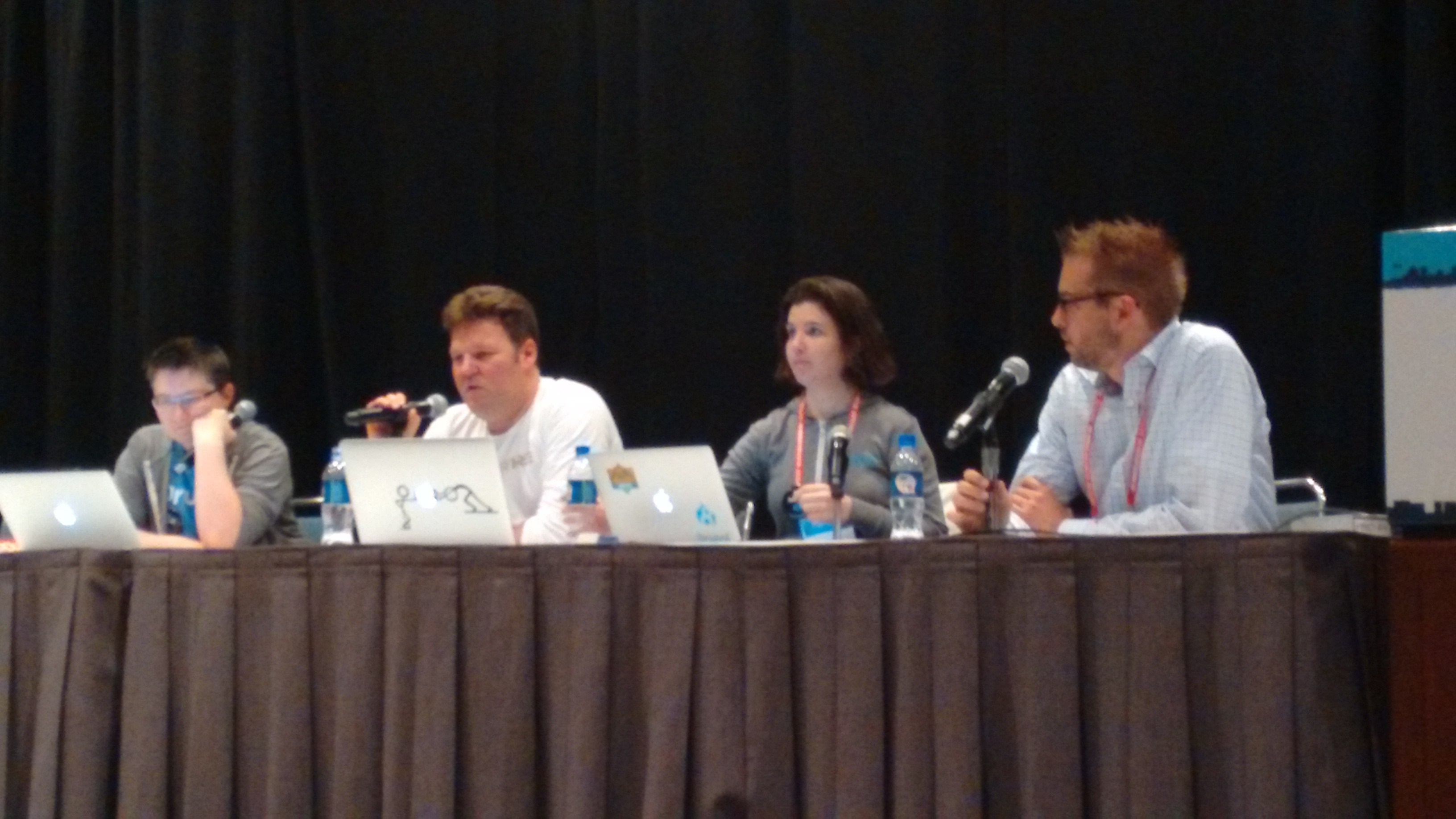 Jess mentioned an interesting fact: 6 months ago, there was around 130 critical issues reported at Drupal core, by politics of Drupal.org, all critical issues must be resolved in order to launch a release candidate. Right now there are 22 critical issues left to achieve that goal.

Some questions asked in the session table were:

Angie also mentioned that Drupal 8 will be more secure, since critical security issues were found at previous versions of Drupal, those issues are going to be fixed for the final release.

She also mentioned that Drupal itself maintains its open source philosophy, so there won't be modules doing stuff that the system or the user may not notice.

Angie answered me that there are a place where people discuss to make such decisions, there are the change records which it connects issues to discussions and final decisions about some steps taken for Drupal 8. Then Jess mentioned that api.drupal.org has enough info about API, however its not complete, and then he clarified that an issue I mentioned is about the gap between Symfony and Drupal 8, so Angie explained that Symfony is a framework made by developers for developers.

Drupal has 2 objectives: developers and site builders, so as the way Drupal exists.

Routing system; for example which has to be kind of re factored since Drupal requires lots of routes and site builders, also contrib modules can generate more.

Finally Alex Pott added that Symfony is a framework to build products and Drupal is a product.

Friday was a day for the benefit of our benefactor: this day is to contribute to Drupal (and also Saturday, at this day the extended sprints were done). Sprints are workshops where people joins into teams to solve various problems.

In the morning I assisted the mentored sprints, I get my hands into a Drupal 8 core issue (is not as important as it sounds, mentors wouldn't ever assign important issues for us), so our mentor assigned me and our team a simple issue, but the main part was not to solve it, it was to learn how to team work with a Drupal team and learn to use more deeply the drupal.org issue manager.

Now there is a patch uploaded by us pending to be tested, meanwhile another group also uploaded a patch, so we learned to review a ticket and execute Drupal's unit tests. 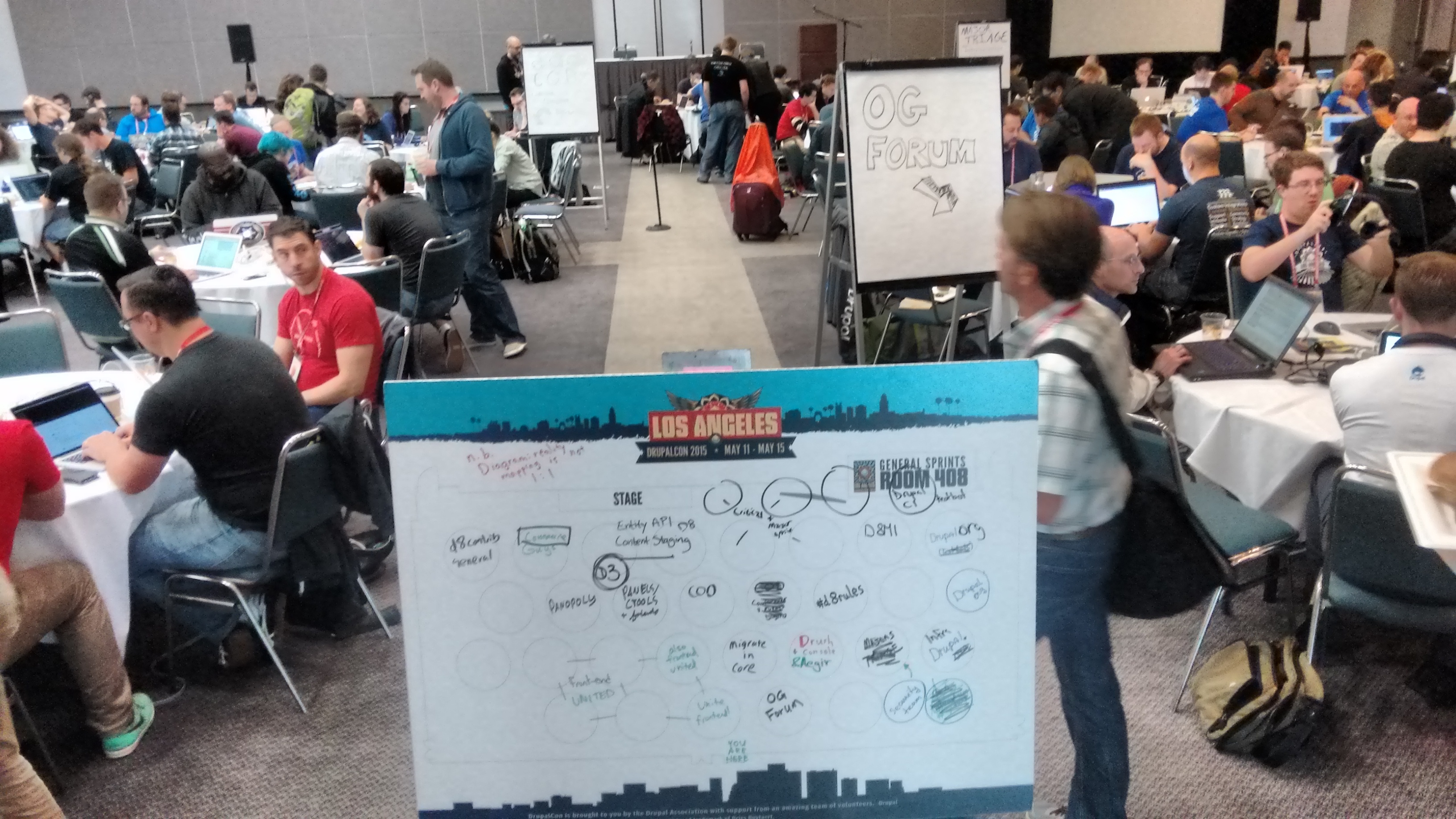 In the afternoon, I moved to another table just to give another try to a different team, in that team me and 2 more guys were trying to find and reproduce an issue, but we found that sometimes at drupal.org the older is an issue, the harder it becomes to fix, even to reproduce, since another issue fix that was merged may possibly fix issues by accident (or open others), so we found that the issue we were reviewing was unable to be reproduced.

Then it was the general sprints room, it had teams working in various big topics like:

All this week I've learned a lot of new technical stuff on Drupal 8, but also i have a new sight about how Drupal 8 is developed, how such a big community works and also why Drupal 8 is being so expected not only by Drupal users but by lots of enterprises and organizations: Drupal 8 mixes all benefits of being a modular multi-use CMS and the power of Symfony, a killer combination that is close to be finished, Drupal 8 is at the horizon! And some enterprises are already using them, like Amazee, and even Dries mentioned it in his keynote.

Thanks for reading, I hope you enjoyed these posts and whatever comment or question you'd like to tell us, please use the comments section of the blog.