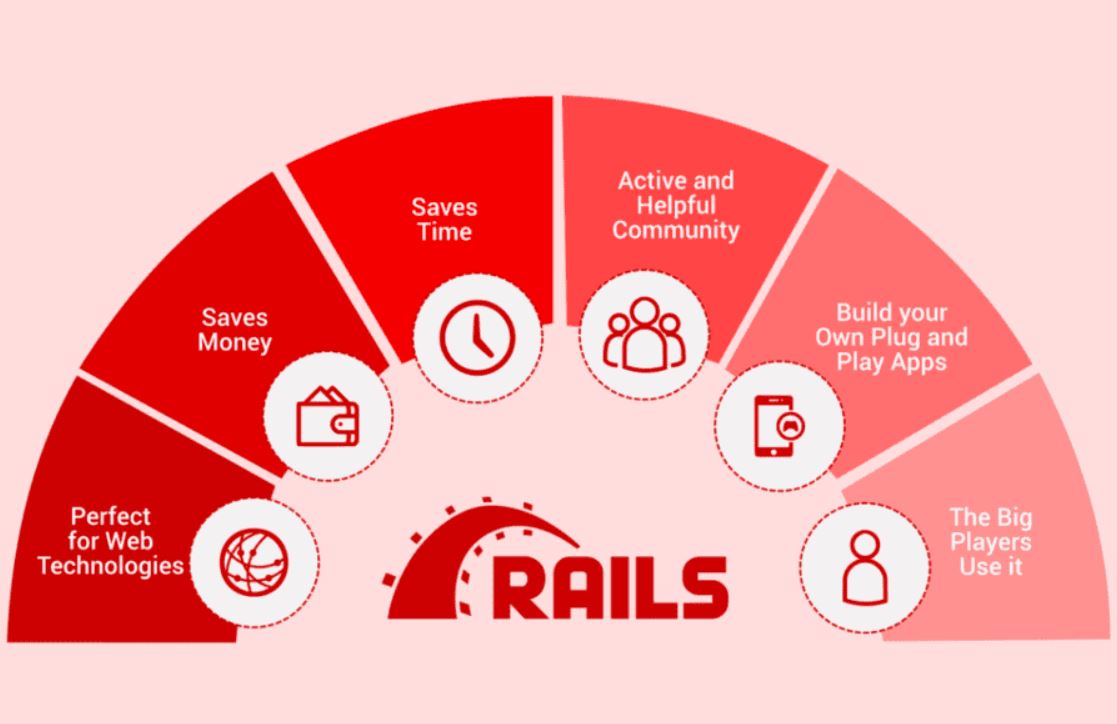 Among the different ways in which a software engineer can use Ruby, stands out his ability to write servers, be able to experiment with prototypes and have the ease of integrating it into daily programming tasks, since it has a high adaptability due to its language oriented to integrated objects.

Ruby features that make it one of the most versatile languages

Like all technology, Ruby has certain characteristics that make it the preferred among its developers. These are the following:

Ruby on Rails: what you should know about this application

On its official page, they detail its use “It is designed to facilitate web application programming by making assumptions about what every developer needs to get started. It allows you to write less code while accomplishing more than many other languages ​​and frameworks. Experienced Rails developers also report that it makes web application development more fun".

Why use Ruby on Rails?

Who better to answer this question than David Heinemeier Hansson, the designer of Rails. In an interview he gave in 2005 he noted, “Ruby is an extremely easy-to-use programming language for creating web applications. Ruby is a general-purpose programming language that has improved syntax and does not require colossal extra punctuation".

Ruby on Rails can be used for the following activities:

The benefits of using Ruby on Rails in a company

Making use of Ruby on Rails for the technological processes of a company can bring multiple benefits. Let's see the advantages of this framework:

The maturity and stability of Ruby on Rails

For more than 16 years, expert developers have been using this framework to create applications and web pages. The maturity of Rails allows developers to create clean code that is easy to maintain, making this a great asset for the company in the form of stable and easy-to-maintain applications.

A large number of libraries and tools

So-called Ruby gems, tried and tested tools, are among the reasons Ruby on Rails is used for so many projects today. There are also open source libraries, ones that are constantly evolving, updating regularly and offering new and easy solutions with each update. This means that almost any idea or need that arises during a project can be quickly implemented.

The speed to create applications

A company always looks for quick solutions that allow it to save as much money as possible. Working with Ruby on Rails offers just that: speed and programmers will be able to finish projects in record time, thus gaining valuable hours to spend on other company activities.

Rootstack has a team of Ruby experts, capable of creating applications with this programming language and using its framework, Rails. If you have knowledge of this technology and want to be part of one of the software companies with the greatest projection in Latin America, write to us and we will contact you immediately.

Develop fast and with quality

Ruby on Rails is open source software for developing applications. Learn how it can empower your company!

More about Ruby on Rails